Of the more than 300 underground cellars that exist within the walls of the medieval fortress of Laguardia, Bodega El Fabulista is one of the largest and most special. Beneath the Palace of the Samaniego family, which dates from the 17th century and where the famous fable writer Félix María de Samaniego was born and lived, we shall find a unique and extremely special place.

Seven metres down, four different wine cellars form the current winery where the El Fabulista wines are still made in the traditional manner. A tour covers everything from the arrival and the treading of the grapes in the basins at street level, the winemaking area, the wine ageing zone, and the section where the result of the hard work carried out is enjoyed. A unique experience, in a completely different type of winery where the spirit of the fable writer Félix María de Samaniego is always present. 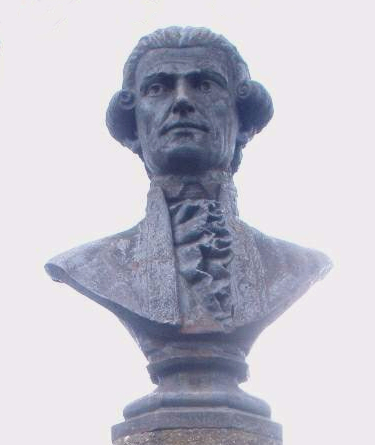 Félix María de Samaniego is considered the best Spanish fable writer. He belonged to a noble family from Laguardia and was sent to study law at the University of Valladolid, where he stayed for two years but did not finish his studies. On a pleasure trip to France, he became enthralled by the Encyclopaedists, and significantly extended his stay in France. It was there that he became a scathing critic of politics and religion. On his return to Spain, he married Manuela de Salcedo, who belonged to a noble family from Vizcaya. Later, he settled in Bergara, where he lived with his great uncle, the Count of Peñaflorida, and participated in the founding of the Royal Basque Society of Friends of the Country.

With the rise of the Bourbons to power, a centralising process took place that clashed with the provincial institutions of the Basque Country. As the situation worsened, in 1783 Samaniego was commissioned by the province of Álava to handle all provincial issues in the court, although he also dealt with other regional and Basque affairs. He defended the rights and improvements in communications in Rioja Alavesa and Álava at the court in Madrid.

In the capital, his literary activity became intense; he attended meetings and gatherings and enjoyed the friendship of nobles and writers. He participated in the theatrical controversies of the time defending the neoclassical theatre and the ideology of the Enlightenment. This cultural activity was more successful than the progress of the issues that had been entrusted to him. Nor did the plan for a Seminary for young ladies, which the Basque Country intended to establish in the city of Vitoria, come to fruition.

In 1781, his first five books were published in Valencia under the title of Fábulas en verso castellano (Fables in Spanish Verse) and, in 1784, the final version that consisted of nine books and 157 fables was published in Madrid, entitled Fábulas Morales (Moral Fables). When writing them, he was inspired by classical fable writers, such as Aesop and Phaedrus, and also by La Fontaine and J. Gay. All the fables stand out for their didactic nature, as well as for their spontaneity and grace.

Back in Bilbao, Félix María de Samaniego took over the management of his estate, which had been rather neglected, and began to rekindle old friendships. In 1792, he decided to lead a quieter life and retired to his native village, Laguardia. Two events shattered his retirement: the French invasion of 1793 that had a severe effect on his properties in Gipuzkoa; and some satirical and lewd poems resulted in the launching of an inquisitorial procedure in 1793. The courts of Logroño even ordered the arrest of the author. Samaniego avoided worse consequences thanks to the influence of his friends in high places. He died in Laguardia on 11 August 1801.